UMA Engineering is a leading manufacturers and suppliers of various timing pulleys of 14mm Pitch Pulleys for 55mm wide belts in India. The 14mm pitch timing pulley plain bore for 55mm belts are made with high-quality components and modern high-tech systems and procedures, allowing for increased torque transmission capacity and better performance. Uma Engineering's new timing belt replaces their wide variety in 5, 8, and 14M sections. 14mm pitch plain bore has a much greater power rating than its predecessor, as well as being easier to handle and lighter. You can update existing drives with the new belts without changing the pulleys. 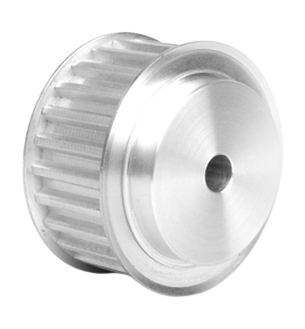 We are a ‘Sole Proprietor’ under the capable leadership of “Mr. Navneetbhai Patel” we have created a sophisticated niche for ourselves in this highly competitive market. His brilliant managerial skills and zeal towards attaining the organizational targets...